Today I finally had time to move one of our projects in VSTS from TFVC to GIT source control!

Git has a lot of benefits like working offline (commit, revert, reset etc.), branching (even from WorkItems directly!) and others that I don't want to discuss here.

I want to share a quick step by step guide how to move from TFVC to GIT and what to take care of during the process.

You can move from TFVC to GIT in under 5 minutes!

This was the statement I got from Abel Wang (@AbelSquidHead) and Donovan Brown (@DonovanBrown) at the OOP 2018 in munich so I took the challenge.

What will be different?

Create a git repository in VSTS

Navigate to the Code Section in VSTS and create a new repository: 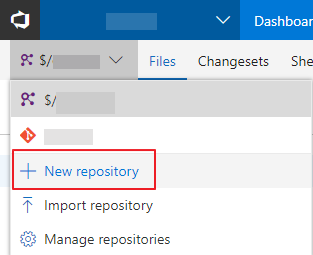 Choose a name and proceed without initializing README and gitigonore files: 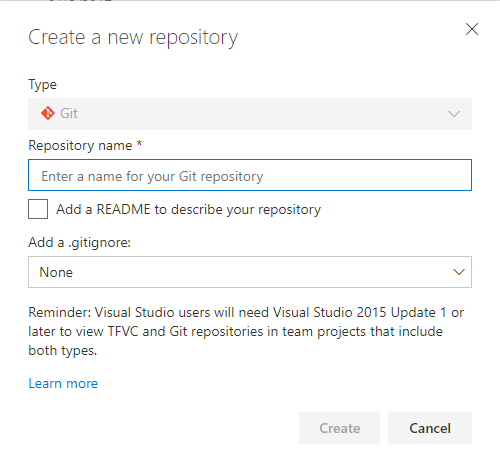 Since git can't clone a repository to an existing non-empty location, we use a little trick to get it working.
At first, we will clone the repo to any new path and then move the .git directory to our existing AOSService\PackageLocalDirectory path. 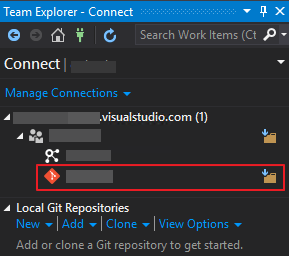 Then click on the link in the message to clone it: 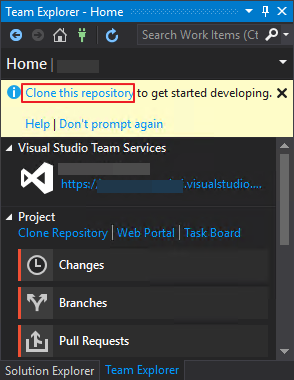 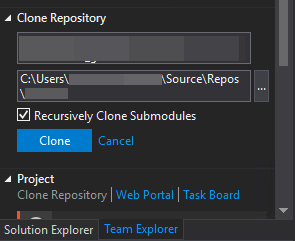 Move the .git directory to the destination path (PackagesLocalDirectory):

Delete the temoprary directory as we no longer need it:

Use a Git Bash for the following commands and run it with elevated privileges.
Git now thinks all files are deleted and we need to reset the state to the one of the repository now:

Now we add the folders of our models to git: 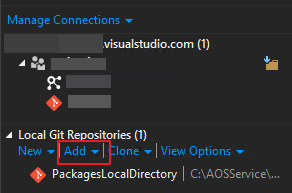 Visual Studio needs a short sync and recognizes the changes then:

To exlcude the standard models (/their folders) we need to create a file called .gitignore.
You can find the syntax reference here.
We exclude everything by default and whitelist only our models:

If you don't set them, you will likely see the following error in the eventlog preventing the AOSService to start: 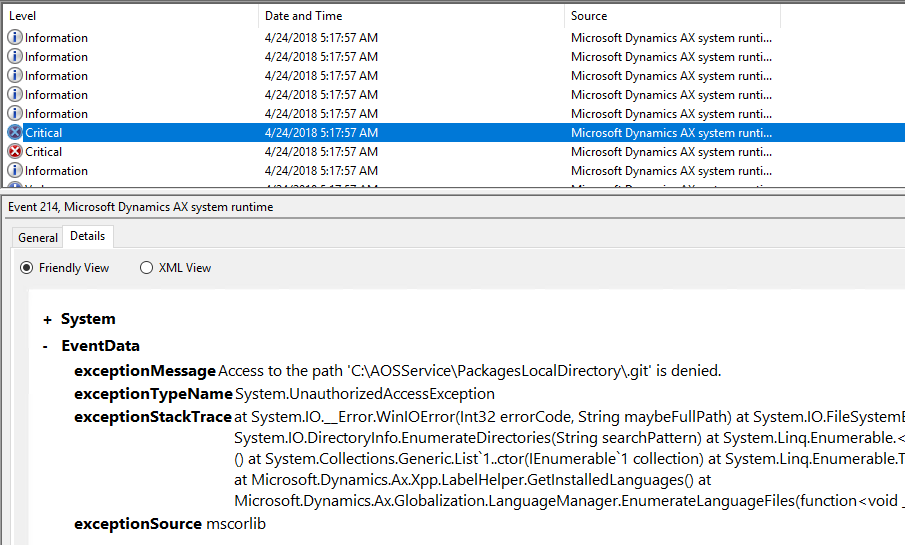 To keep VSProjects in version control, we need to relocate them to a path within the git repository.
Original Path: C:\Users\USERNAME\Documents\Visual Studio 2015\Projects
New path: C:\AOSService\PackagesLocalDirectory\VSProjects
Change the settings in Visual Studio under Tools>Options: 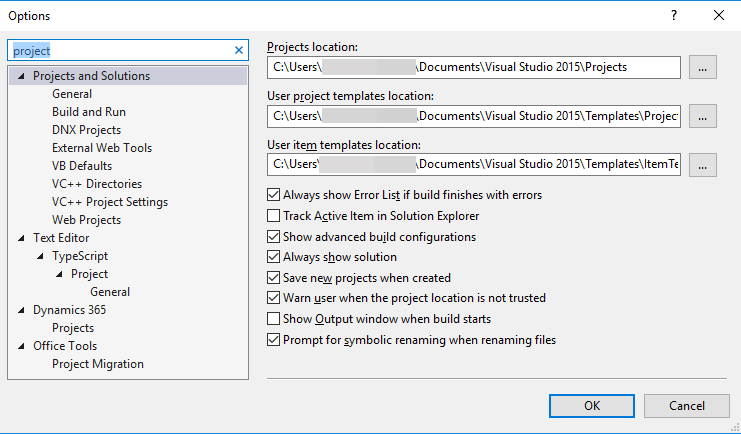 And add the following line to your .gitignore file to whitelist the folder:

Don't forget to check and tweak your build definitions to point to the git repo!

It took me exactly 4 minutes and 38 seconds to migrate from TFVC to git!
I need to mention that the codebase in this example was not very large.

Enter your email
Subscribe
Sometimes it happens on a D365 DevBox that after a get latest or some copy operation in the PackagesLocalDirectory folder the following error occurs after using "Refresh models" in Visual Studio: Module Reference 'yyy' in model 'zzz' cannot be located. This is an indication that model store is in a
Checking the Platform Update Version from the client is easy: Click the questionmark icon in the top right corner and select "About" to see the version info. But what to do if the client is not available (for example because a build is failing)? In earlier versions it was possible
Often one or more ISV solution can be found in larger projects. Either if they are bought to solve a specific problem in shorter time or to introduce industry specific functionality, they receive frequent updates and the project team or customer needs to deal with them. It makes sense to